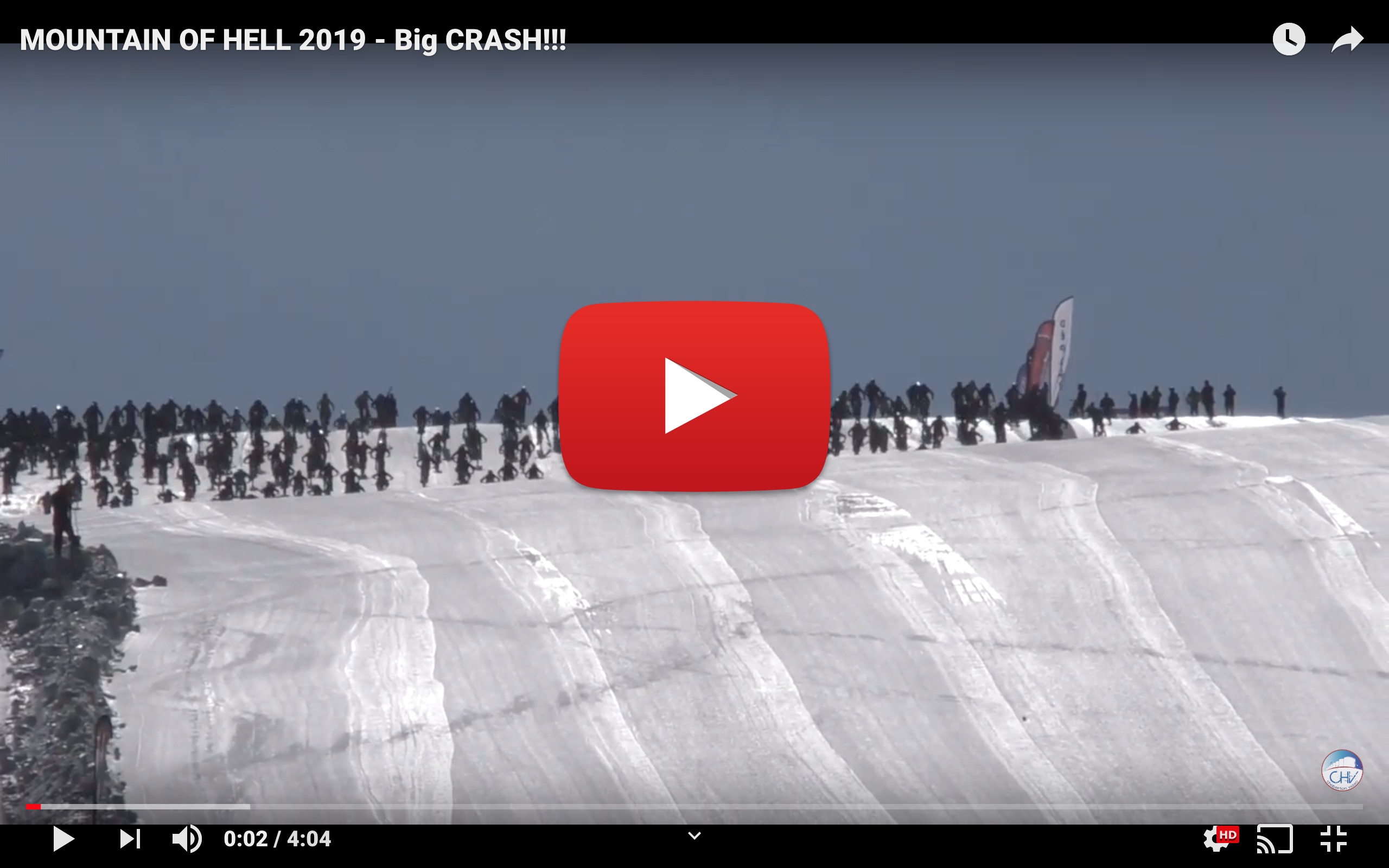 The Mountain of Hell event in takes place every year at the end of June in Les Deux Alpes giving riders from around the world an MTB derby that starts at the top of a mountain glacier, with 2500m descent over 25 bone shaking kilometres.

The route takes in snow, ice, shingle and rock, and every year the organisers change the route to add adrenaline and spice to the competition.

The final event is on Sunday is the highlight of the weekend. The riders set off in a massed start from the glacier at 3400m, and then it’s downhill in the snow to 900m – giving an incredible 2500m of altitude drop.

With 700 riders ready to hurtle down the mountain it’s like the starting blocks of the 24 hours of Le Mans and you’d be right in thinking there might be a few spills, but this is another level.

We’re glad to hear from friends on the ground that everyone is generally ok, which is something to be very thankful for given the severity and the speeds involved

. The event was eventually won by Frenchman Kilian Bron who was quoted in the French press as saying he reaches speeds of 125km/h which is a whopping 78mph, on the glacier.

Last year I remember, it was about 125 km / h on the glacier, there were 1000 people around me. You had to be in it, no choice. It is much anticipation and do not let yourself run on adrenaline, […] you have to reason, to do things intelligently to finish in front. “

You can watch his entire race winning awesome run here

Bikesy is the best way to hunt for cheap bike parts. Want to see it in action and see how much it can save you? Search from the homepage here >>>