I’ve been reading a lot this week about The Times’ cyclesafe campaign.

Here are the details:

The Times has launched a public campaign and 8-point manifesto calling for cities to be made fit for cyclists:

***Lorries entering a city centre should be required by law to fit sensors, audible turning alarms, extra mirrors and safety bars to stop cyclists being thrown under the wheels.
***The 500 most dangerous road junctions must be identified, redesigned or fitted with priority traffic lights for cyclists and Trixi mirrors that allow lorry drivers to see cyclists on their near-side.
***A national audit of cycling to find out how many people cycle in Britain and how cyclists are killed or injured should be held to underpin effective cycle safety.
***Two per cent of the Highways Agency budget should be earmarked for next generation cycle routes, providing £100 million a year towards world-class cycling infrastructure. Each year cities should be graded on the quality of cycling provision.
***The training of cyclists and drivers must improve and cycle safety should become a core part of the driving test.
***20mph should become the default speed limit in residential areas where there are no cycle lanes.
***Businesses should be invited to sponsor cycleways and cycling super-highways, mirroring the Barclays-backed bicycle hire scheme in London.
***Every city, even those without an elected mayor, should appoint a cycling commissioner to push home reforms.

This is a commendable list and the fact that all the important white men are lending their support would indicate that at least some of it might happen. Excuse me for a minute whilst I am a little critical. I live in Leeds, where cycling is a masterclass in pothole dodging and the around-taxi swerve. God knows we need better cycling provision. But why is this still the case when a few years ago the council decided to ‘invest’ in cycling infrastructure for the city? This manifested as cyclepoint, a huge, shiny pod of a building outside of the train station. This cycle storage facility is sub contracted to Evans, and there is a daily charge. Hence the lycra-clad carbon specialized riding business blokes that commute in from Harrogate every day are well catered for (I hear business is not doing too well though!). But what about the rest of us? Well a few more blue signs have appeared telling us to use the pavement/pedestrian crossings (lucky pedestrians!) but none of the basic road maintenance or justafewmoresheffieldstandsonplatformoneplease that we were hoping for. Perhaps I’m being too kneejerk-critical. I’m sure in London, actual cyclists are involved in the planning of these things and that Barclays are actually a bit annoyed that everyone calls them ‘Boris bikes’. But is it just me that is hesitant to throw my support behind something that Cameron is SO enthusiastic about? Why should we give him such easy brownie points? Shouldn’t we be fighting for fewer cars on the road and against the marketisation of the best, most radical and most antagonistic form of transport? I’d be interested to know what others think. 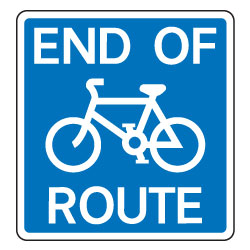