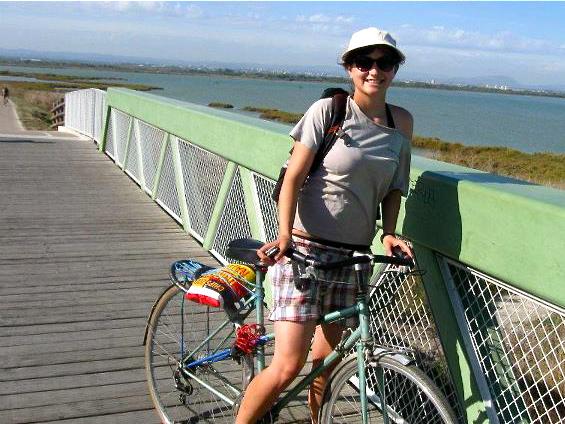 I’ve recently moved to Montpellier, France. I wanted to bring my beautiful bike with me from the UK but heard thieving was rife here, so it stayed at home. When I arrived, I found a flea market and acquired an extremely old bike for 25€, which worked reasonably well to start with. However, soon the rear wheel ceased to turn properly. I thought perhaps the rear hub was too tight so did some research to find a bike workshop. I stumbled upon Le Vieux Biclou, a workshop which invites people to use their tools to fix their own bikes with aid from other members – perfect! – a similar philosophy to the Pedallers’ Arms back home in Leeds.

When I went to the workshop, I had been in France for 2 weeks, so my french was very rusty (not unlike my ‘new’ bike). When I entered, there was a stern looking man in his sixties sitting at a desk. I asked if I could use the tools. He demanded to know whether I was already a member. I replied that it was the first time I had been there. He told me I had to be a member and shoved a membership form into my hands. I read through and it was 15€ for a year’s membership. I hesitated as it was nearly as expensive as my bike. I didn’t know if I’d like the workshop, but I felt pressured but told myself it would work out cheaper in the end, I would probably have to fix my bike a number of times throughout the year and I have no tools here with me.

I proceeded to fill out the form and handed over the money, I was instructed to do a few more things, signing a receipt, the back of my membership card, and the membership book – simple tasks, or so I hoped. But, with my French skills not up to scratch, even these were difficult procedures. The man barked incoherent instructions; swallowing consonants left, right, and centre, making no effort to speak clearly. When I asked politely for him to repeat, he obliged, but with barks just as gruff as before. It was clear I could not understand. I felt a right idiot.

Anyway, I managed to deal with the paperwork and I asked how the system worked there; could I just take tools from the shelves? Do I have to ask? Or log it in a book? Was there someone in charge? Etc. The only reply I got was that yes I can use the tools, and I was shown a price list if I wanted to buy parts new or second-hand.

I found the tools I needed and got to fixing. I realised it wasn’t the hub causing the problem. Instead, the dérailleur wasn’t mounted properly and therefore nor was the axel. As a result the wheel was not centred and was sticking on the seat stay. I managed to sort it out.
My chain was filthy and I though the best way to clean it would be to take it off. After cleaning, I put the chain back on, but something wasn’t quite right with the dérailleur and I couldn’t work out what was wrong. I looked at other peoples bikes to work it out, but still no luck. There was one man who seemed as if he worked there, but he was helping out someone else. I waited for them to finish before asking him for help.

While waiting, the man from the desk came over, saw I was stuck, and demanded why I was just standing there; why hadn’t I asked for him for help? Actually, I was too intimidated to ask, but I could hardly say that. Then he proceeded to bark more incoherent instructions at me on how to fix my bike. I managed to do so, but once again felt belittled. He hadn’t given me advice, he had shouted orders at me.

The workshop hours were coming to an end and I had finished my repairs. A man nearby was struggling to reconnect his chain, he had seen me successfully using the chain breaker earlier so asked for some help. I had a shot at it and couldn’t quite manage it, but showed him how to do it – he tried again, as did another two men, but no luck. I then had a final shot and succeeded! I was very satisfied, although it led to inevitable comments of not believing a “girl” fixed it.

As I was going to leave, I was told the “patron” wanted to speak to me (i.e. the man at the desk). The “patron” told me I had to clean the floors of the workshop. I didn’t understand why, I wondered whether it was because I was female, or I had done something wrong, yet I went to do it anyway as I had some time to spare.

I was given a wooden broom, a cloth rag, and a bucket of soapy water. Naturally, I went to start sweeping the floor with the broom.
“NON! Pas comme ça!”
I started.
The man barked that I was doing it all wrong, and ordered me to use the rag instead.
Not knowing the French for broom, cloth rag, bucket, sweep, dunk, or squeeze, did not help matters. I dunked the rag in the water and the put it on the floor and started pushing it about.
“NON! Pas comme ça!”
Did I never clean the floors at home?
I started to feel smaller and smaller.
He’s shouting how I need to dunk the cloth, squeeze it, put it on the floor, then use the broom to push it about the floor, and I’m looking clueless and shrugging my shoulders.
He asks me sarcastically if I understand French. I reply that no, not very well: I’m English.
He snarls that I should say if I don’t understand. I personally thought I had made it perfectly clear I did not understand.
Once I finally understood his instructions, I finished cleaning the floors in his special way, in tears.
I left the workshop feeling about as big as a baby’s toenail.

Since then, I have spoken with friends who informed me that the workshop is an “Association” and therefore every member bears as much responsibility as the next – much like a co-operative. Everyone needs to pitch in with the cleaning and the set up every once in a while – this I have no problem with, actually, I support it. The problem is that I was not welcomed into the space, shown around, informed how the Association worked, made to feel comfortable in the space, as a newcomer, as somebody who doesn’t know everything about bikes, or as a woman. That is the problem. On top of this, the “patron” was not the “patron” (boss), but in fact an “animateur” (co-ordinator or leader). I have since read information on the workshop’s website, which explains that the role of the animateur is to “inform” the public on how the workshop functions and to “welcome” new members to the workshop. I can firmly say that neither of these two specifications were met on my first visit to the workshop.

Something else went wrong with my bike, and it took me a month to work up the courage to return to the workshop, and even then, I ensured that the same animateur was not timetabled to be there when I returned. I have been back twice since and I have observed new members being shown around and inducted into the Association. Everyone has been very friendly, and I now feel comfortable and confident to go to the workshop often. But I’m still avoiding that man from the desk. 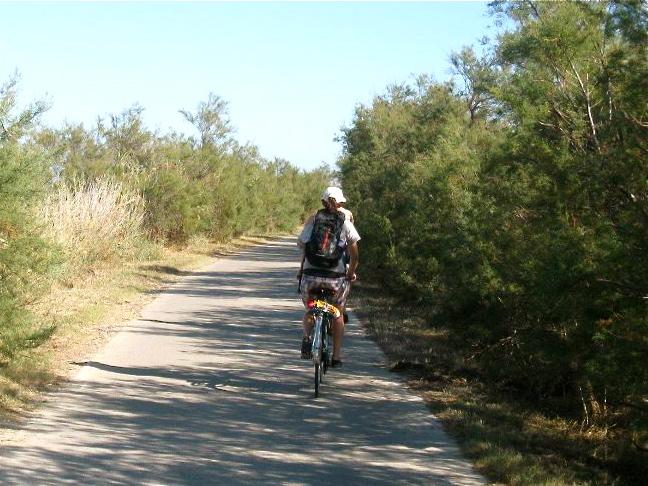