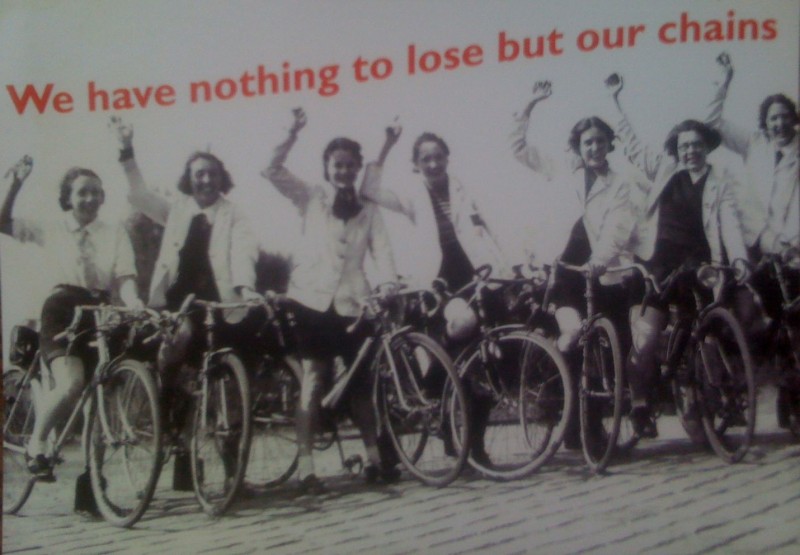 I’ve never come across any Clarion Cyclist groups before, just loved the picture sitting in my kitchen, but it seems they’re still in full spin across the country.. My new years resolution was to fix the racing bike i’ve been loaned (tick) and get out on the road more (today is a beautiful day, i’m off to take advantage of it). Happy New Year all round xx

The Clarion Cycling Club was founded in February 1894 by six young cyclists who were members of the Bond Street Labour Church in Birmingham. Their aim was to ‘combine the pleasures of cycling with the propaganda of Socialism’… The object was to be ‘the association of the various Clarion Cycling Clubs for the purpose of Socialist propaganda and for promoting inter-club runs between the clubs of different towns’.

The National Clarion cycling club grew during the early 1900s with 8000+ members at one time and with sections all over the UK. Working class people were getting their freedom on bikes in the countryside and the Clarion was spreading the word and the newspaper to industrial towns and villages. In those days before most people could own a car, the bike gave freedom and fellowship…the Clarion thrived.

We now have some nearly 900 members in 28 sections, which makes us one of the bigger cycling clubs in the country. Bikes still give us our freedom, freedom from the motorcar, the stresses of the rat-race and gives us great friendship, great friends around the country.

A great blog by a collaboration of dedicated bikers from around the UK : Cycle Seven – News and views from seven cyclists in the British Isles and Republic of Ireland (+ sometimes Canada)